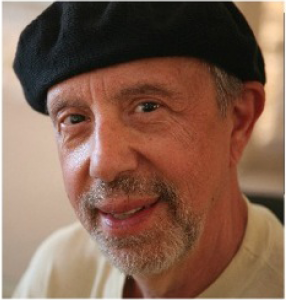 I’m a depth psychologist, teacher and author. I’m a licensed clinical psychologist, as well as a nationally registered Health Service Provider in Psychology. I have more than 35 years of experience doing depth therapy work.

I graduated from Boston University's College of Liberal Arts (1965-1968), A.B., as a psychology major. Studied under several academic scholarships.

I graduated from Boston University' School of Education 1969-1974, Ed.D, (Counseling Psychology). Directly admitted to doctoral candidacy under a full fellowship, awarded on the basis of outstanding promise for professional excellence.

I’m a Carnegie Medal of Honor award recipient, for saving the life of a young boy. “The Carnegie Hero Fund awards the Carnegie Medal to individuals in the United States and Canada who risk their lives to an extraordinary degree saving or attempting to save the lives of others.”

I have an associate professor academic rank. I taught psychology at university level for nine years., Five at Boston University and four at Leslie University’s Graduate School.

I left university teaching to make more time for my depth psychotherapy practice, my writing and my work in the contemplative sciences.

WORK FOCUS AND PURPOSE: THE ART OF DEPTH PSYCHOLOGY

My work delivers the knowledge, insights and skills people need to "break free" from the cage of unconscious conditioning. So they can become who they truly are, and live from the Heart, with greater ease, intensity and purpose.

My undergraduate psychology program at Boston University was classically Freudian/psychoanalytic in character. Freud was looked upon as the master, as the One Who Knows. Not unlike the Teacher/Master/Guru in a spiritual community. I learned a lot and liked what I learned, but it was intellectual and conceptual. It fed me nevertheless. I was intrigued by one of the cornerstones of depth psychology: the unconscious mind. Though much of what I learned was problematic, on three counts: 1) again, it was a heavy conceptual meal; 2) it was too often narrowly focused on war trauma as a vehicle to understand human psychological problems and suffering and, amazingly, 3) it was not true to Freud's work or true to Freud as a man.

For clarity, brevity and and simplicity’s sake, I subsume both Freud and Jung’s work in all forms, as well as that of their followers and colleagues, including psychoanalysis and psychoanalysts, under the category of depth psychology and depth psychotherapy.

Few people, including psychologists, understand how badly Freud’s ideas were misunderstood and used poorly by others completely unaware of what his work was really about. I earned my undergraduate psychology degree at Boston University. The program focused primarily on Freud’s work. I felt that something was awry. Let’s turn to his own words, when he explains why:

Everybody thinks…that I started by the scientific character of my work and that my principal scope lies in curing mental melodies. This is a terrible error that has prevailed for years and that I have been unable to set right. I am a scientist by necessity, and not by vocation. I am really by nature an artist… And of this there lies an irrefutable proof: which is that in all countries into which psychoanalysis has penetrated it has been better understood and applied by writers and artists than by doctors. My books, in fact, more resemble works of imagination than treatise on pathology.[ (Giovanni Papini, “A Visit to Freud” Review of Existential Psychology and Psychiatry 9, no. 2 (1969) 130-134)

Freud tells us in the quote above that he is an artist at heart, not a scientist. Freud’s ideas can’t be scientifically known, validated or refuted for the same reason that a Matisse painting can’t be judged as true or false. Freud’s theories, like Jung’s, and other significant depth psychologists, are works of art. Products of the Creative Imagination. They describe healing fictions, not objective findings or literal facts.  Created as all authentic art is created: From deep experiential insights transformed by the Creative Imagination into images. In Freud’s case, images as story, metaphor, analogy and symbol.

Viewing Freud’s work through a lens needed to understand art, we’re welcomed into Freud’s world anew. Ditto Jung. I’ll use them both as representative figures for the depth psychology tradition. For our purposes here, they both provide sufficient wash for our canvas.

Unlike Freud, Jung’s version of depth psychology isn’t taught in university psychology departments. He was overt in explaining that a heavy emphasis on empirical science stood in the way grasping the deeper nature of mind, including its sacred realms. He knew that empirical science looks outside into external material reality, while depth psychology looks inside, into inner reality. And then on into the sacred dimension of mind and the Mystery of life. Jung tells us how and why he communicated about his work in imaginal language.

Depth psychology must be a way of life—not just a profession or career. Depth psychologists must focus on what's actually going on in the daily nightmare we are living in, so we can better understand the forces at play and live with awareness.

My book Unshakable Certainty  won acclaim for its clarity and power in integrating the essence of authentic wisdom teachings into depth psychology and  psychotherapy. And my book Your Creative Imagination. Unlocked. Become Who You Truly Are, done in collaboration with celebrated abstract expressionist artist Frank Arnold, has been recognized for creatively exploring the interface between great art and deep inner work, and for taking depth therapy to a new level. Including exploring the non-dual state as the basis for SEEING and experiencing authentic art images, vs just "looking" at them.